Do you use a GPS or your mobile phone instead
(When there is s need for GPS)
Such as on the trail...

At work I navigated by gps since they first came out back when they were quite primitive. When hand helds came out I got one and have been using them since. I can and ocsionally do use map and compass but I am a huge fan of the convince and ease of the gps units. I always have a compass with me but rely on gps as first choice. I am a big fan or garmen since its the brand used on the boats I worked on. I have always been very careful not to get turned around. Maybe too cautious. The gps has given me the confidence to tackle strange trails and water ways. I always have back up of course but really enjoy the freedom gps gives me.

When I go to an unfamiliar area I'll usually carry map, compass, GPS and I always have my cell phone. The compass and GPS are small and light and stow away easily. I wouldn't, solely, trust electronic devices, so the compass is the #1 thing I make sure I have. The cell phone has been useless many times in the mountains here in this area. When I go camping I'll mark my campsite, and other key features on my GPS device and on my map. When on the water at night, things look completely different than they do in the day time.

Take it from a guy who drove a boat for a livin water ways look very different at night also periods of very high or very low change waterways drastically as does winter vs spring. Map land marks are very hard to see in changing times. Gps for us Cappys was a God send. Making the job so very much easier.

Map and compass skills are a perishable skill that should be maintained. I do own a few GPS units and prefer them over mobile phones. Reason #1 is that depending on where you are located, phones don't always work. 2nd reason is that I would prefer to keep my communications dry and safe just in case I really needed them and could get a signal. A good quality dedicated GPS is a pretty stout device and most are waterproof. Even with poor GPS signals you may be able to confirm your location and plot that on you map. Roybrew has some great points! Not to mention that a GPS unit will give you more navigating options.

I agree with Cappy. water is tricky and a GPS is a God send. But when I'm on land, I agree with oldsarge. I'm an 'old guy' so a map, a compass, a pencil, and something called "orienteering" gets me where I'm going. And, no, it's not navigation. Navigation refers to water and air travel.
Being an old guy has its' advantages. You're never in a hurry. A lifetime of doing makes you well prepared for eventualities. And panic isn't even on your list anymore.
I had a girlfriend once who called a buddy of mine because she was concerned that I hadn't gotten back from one of my forays. In fact, I was days late. My buddy said: "Oh, don't worry. He'll show up. He always does." One day of course, this won't be true. But I'm like a bad penny. Eventually I show up again.

I guess as I age and slow I have come to rely more on the GPS In strange country my method is to find a long land mark: road, fence, stream, powerline, pipe line, etc.tv and set up camp in easy sight of it. Then set off exploring with a compas one one side of it knowing it was there and all I had to do was head back for the "road" and walk back to camp. Neva been as adventurous on land as most of you guys and never ventured more than a few miles from base camp so never had problems. Water however is different and I fearlessly go anywhere with chart and compass if I am paddling and have often stayed overnight when not intending to. Cant do that any more though Peggy worries too much.

for recreational purposes either works,
downside of phone is you have to pay for apps with better maps,
also if you didn't download a map of a certain area, if you do not have a cell signal you will not have a map, phone gps does not come loaded with maps, it downloads them as needed
also using GPS on the phone drains the battery quickly, that phone is better kept off and battery saved for an emergency

dedicated GPS is much better for variety of reasons,
battery life, map details, better functions
I had a etrex legend about 20 years ago even a 20 year old gps unit is better than my current iPhone map features

Cappy said:
I guess as I age and slow I have come to rely more on the GPS In strange country my method is to find a long land mark: road, fence, stream, powerline, pipe line, etc.tv and set up camp in easy sight of it. Then set off exploring with a compas one one side of it knowing it was there and all I had to do was head back for the "road" and walk back to camp.
Click to expand...

This is good. A big part of orienteering is to pick out prominent features of the landscape, even draw them on a piece of note paper.

What made me always carry my Gps is parking on a hilly road in my jeep and wandering off for hunting or fishing I will know the road is say east but not sure how far I have gone N or S, in my wandering. I know the road isn't that far off but not sure how far N or S i wandered I can easily follow the compass back to the road but if its hilly which way is the jeep?? Every one knows tht when ya decide which way to go you will be wrong. After a mile or 2 ya realize it and have to back track which aint no fun after a day of wandering, fishing, or hunting. Now when its time to head home I woop out my gps and turn it on. point it at the geep way point I made it gives me a much better compass course than head East. If I come across a thicket or steep hill the gps helps me reorientate on the other side of it. I use the compass while walking to check my course and only the Gps for corrections This has saved me quite a few miles over the years

Contra said:
I tried using my phone on the trail and it has a built in GPS not just “triangulation”

That's interesting. I thought for sure your cell phone would have to connect with a cell tower. I've never tried a GPS app. I've always used Google maps and that does require internet. I have a radio.net app and I don't think it requires a cell signal. I need to try this stuff out, but until I know for sure. I don't trust it.

Well me done some checking on using android phone for a GPS with out Internet signal. Some apps claim you don't need any signal from cell tower. Interesting.

Until I need one for work, I'm going to be the last of the flip phone holdouts. I hate texting and the rates for smartphones are insane compared to what I'm paying. But I do own an Android tablet that isn't connected to the 'Net unless I can tap off someone's WiFi. I put an app on it called CoPilot which is a "just OK" GPS program. It's not as good as my Garmin in how it routes, despite having the latest map it somehow can't find a lot of well established addresses and some of the features are awkward, but it does track my position down to several feet. In other words, for off road use, it would be more than fine as long as it has a clear view of the sky to pick up the satellites. I haven't really paid too much attention to battery life differences between the tablet and the Garmin, but I'm pretty sure the Garmin batteries (at least on every one I've had) are still NiCad. They develop a memory and don't last long, even at full charge. Not so with the tablet.

Contra said:
I tried using my phone on the trail and it has a built in GPS not just “triangulation”

what maps app did you use?
without connection would need entire maps database downloaded on your phone
apple, and google do not store maps on the phones
this is my IPhone map with data/wifi off

MacGyver said:
Until I need one for work, I'm going to be the last of the flip phone holdouts. I hate texting
Click to expand...

Texting...I'm sure there is a place for it, but not in my world. I can appreciate a quick note, but I can't stand those who want to text an hour long conversation. Just Fn' call me!

Terasec said:
what maps app did you use?
without connection would need entire maps database downloaded on your phone
apple, and google do not store maps on the phones
this is my IPhone map with data/wifi off
View attachment 2624
Click to expand...

I recognize that area...

Here's the one I was looking at. 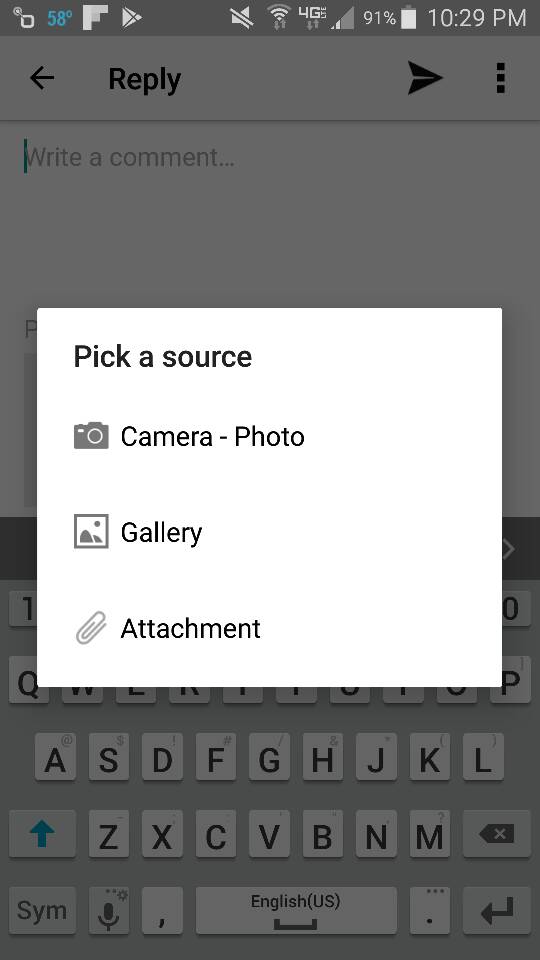 Oops wrong image. Sorry. Like I said I thinking about it. It claims to work directly like a hand held GPS unit with out a cell tower, or did I read it wrong? It also claims, for a little extra money, that it will display lake contours. What I would really like is if it would show me where the fish are at, so Dad and I wouldn't have to run all over the lake looking for em. 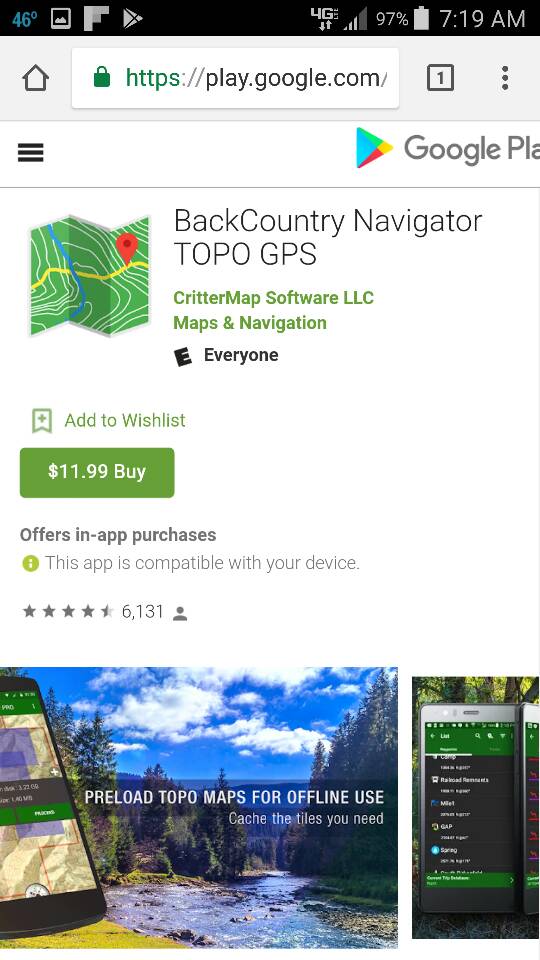